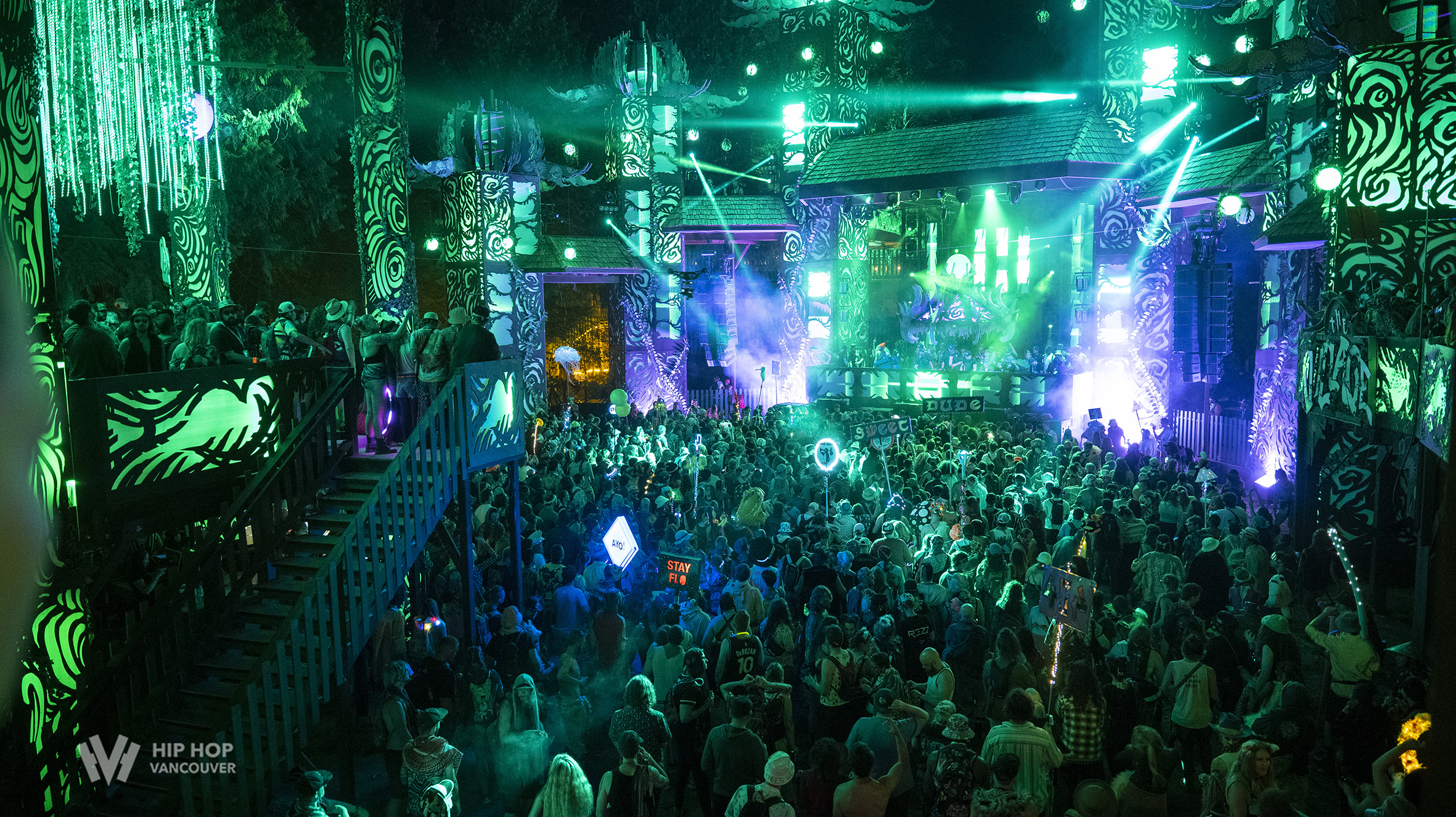 After a multi year lay-off, we were excited to join the legions of partygoers who congregate annually outside Salmo every summer. Shambhala, is a gargantuan four-day music festival in the interior of beautiful British Columbia. Canada’s version of Burning Man; a mixture of costumes, DJs, rappers, yoga, art, food, spirituality and party favours, spanning seven stages and running at various capacities from noon to 8 am. It’s not a Hip-Hop Festival but they always have a solid representation and this year didn’t disappoint.

We left Vancouver Thursday morning and arrived late afternoon, the day before the official start to the festivities and settled into our lovely Belle Luxe luxury camp sites before sundown. The Thursday night lineup was confined to two stages, the chilled out “Living Room” and the hyped up “Amp” stage. We sadly missed Def3 and arrived at the Amp stage for ‘A Hundred Drums’. We made our way over to the Living Room for Mark Woodyard and Fort Knox Five after the sun went down and it felt like the place was really coming alive.

The two shows we were 100% committed to checking out on Day 2 was Stylust at the Village and BBno$ at the Grove.
We showed up early for Stylust to try and get a good spot. In the span of the 15 minutes leading up to his slot, the number of people in the Village tripled. Check below how it was looking!

At 11:30 the jam-packed Grove erupted for BBno$ who took the stage with his signature glasses / short cropped hair, donning a pink toque and see through white linen matching shirt and pants. The next hour was pure energy and spectacle as the DJ blazed through the catalogue, and $ hyped the crowd, bounding back and forth across the stage, rapping on cue and holding the microphone out to the crowd to sing the hooks. The crowd was extremely receptive and hype. Yes, he played ‘Pogo Stick’ and the crowd went wild. 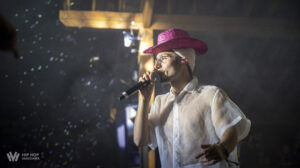 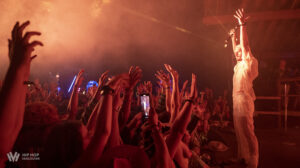 Towards the end of his set, he couldn’t resist but join in on the festivities.

Afterwards we headed to check out The Funk Hunters and Kytami & Phonik Ops before calling it a night.

Saturday Night was the biggest night of Hip-Hop at the Festival but unfortunately it was all happening on the one stage (Fractal Forest) that restrict media access. Unfortunately, no photos of Premier, Jazzy Jeff, Skratch Bastid, Chali 2na or Cut Chemist.

Sunday Night we checked out local Vancouver DJ and long-time friend of HHV, ‘Civillian’ before heading over to the Grove to see Cordae. Check out the pictures below!

I got split-up from the rest of the crew, took a wrong turn and ended up completely lost on the outskirts of the campgrounds. I contemplated curling up in a ball out of exhaustion, when I was saved by an angel. “Are you lost””, the voice came out of the darkness and then a pretty brown haired girl appeared with a smile on her face. I mumbled something about not knowing where my tent was, and she offered to walk me to the campgrounds. I took her up on her offer and we chatted about the different acts we had seen that day until we reached my campsite where she gave me a big hug. “Happy Shams!” she said and left me to crawl, exhausted in to my tent. Before I fell asleep that night, I couldn’t help but think that there was something more to Shambhala than the party. There was an undeniable positive energy bubbling below the surface that was available to you at any moment if you simply knew how to access it. 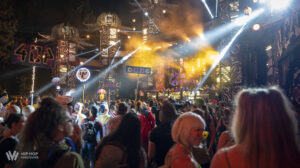