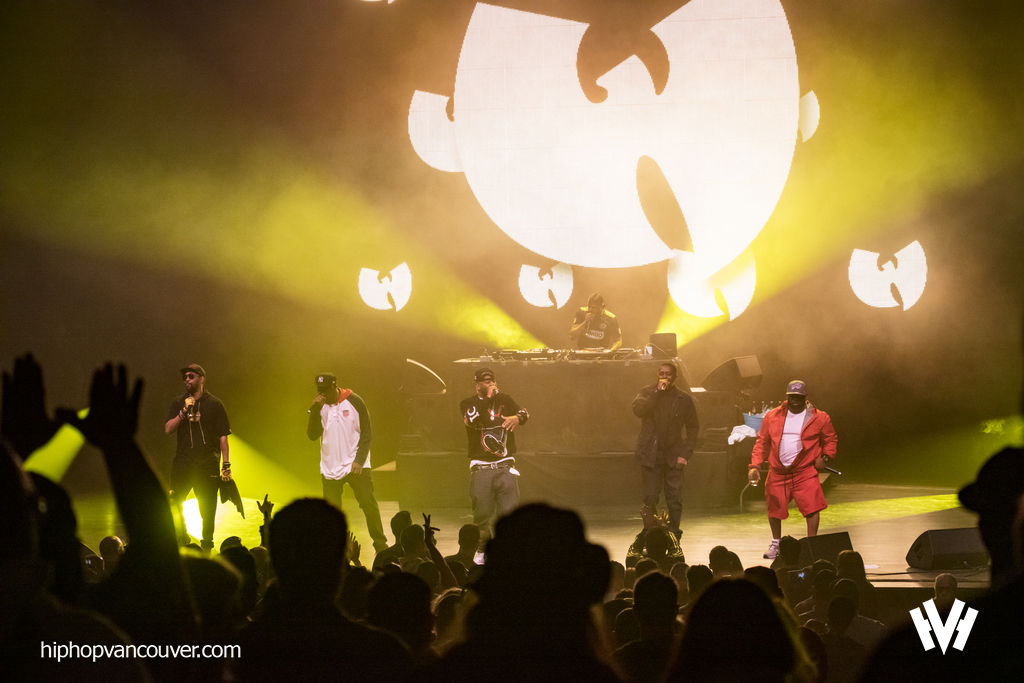 Headlining the 2019 TD International Jazz Festival in Vancouver, was none other than the legendary Hip Hop collective, the Wu-Tang Clan.

At first glance Jazz and Wu-Tang might seem like an odd pairing, however their presence on the festival’s roster of live acts adds diversity to the line up, allowing for a varied demographic to be more actively involved in the 11 day festival (which stretches across the city throughout multiple venues and platforms).

Flashback to 2014, the last (and first) time that Wu-Tang played in Vancouver was at the Orpheum, an aesthetically stunning venue to host any live performance. This time the Queen Elizabeth Theatre, an equally beautiful venue with a long standing history in Vancouver played host to the return of Shaolin’s finest. However there were two unfortunate similarities between both of these visits from the Wu and I wouldn’t be doing this article justice if I didn’t make a point of mentioning them. The first being the noticeably absent, and arguably many peoples favourite member of Wu-Tang, Method Man was not present for this show (Meth was instead at the 2019 BET Awards in Los Angeles). If my memory serves me correctly, it was an award show that also kept Meth from performing with the Wu in Vancouver back in 2014 as well. Luckily, every other member of Wu-Tang was in the building on this night and fans made sure to show love and appreciation to The RZA, The GZA, Masta Killa, Raekwon The Chef, U-God, Cappadonna, Inspectah Deck, Ghostface Killah and DJ Mathematics, along with a special appearance by YDB (Young Dirty Bastard, son of the late Russel Jones aka Ol’ Dirty Bastard). 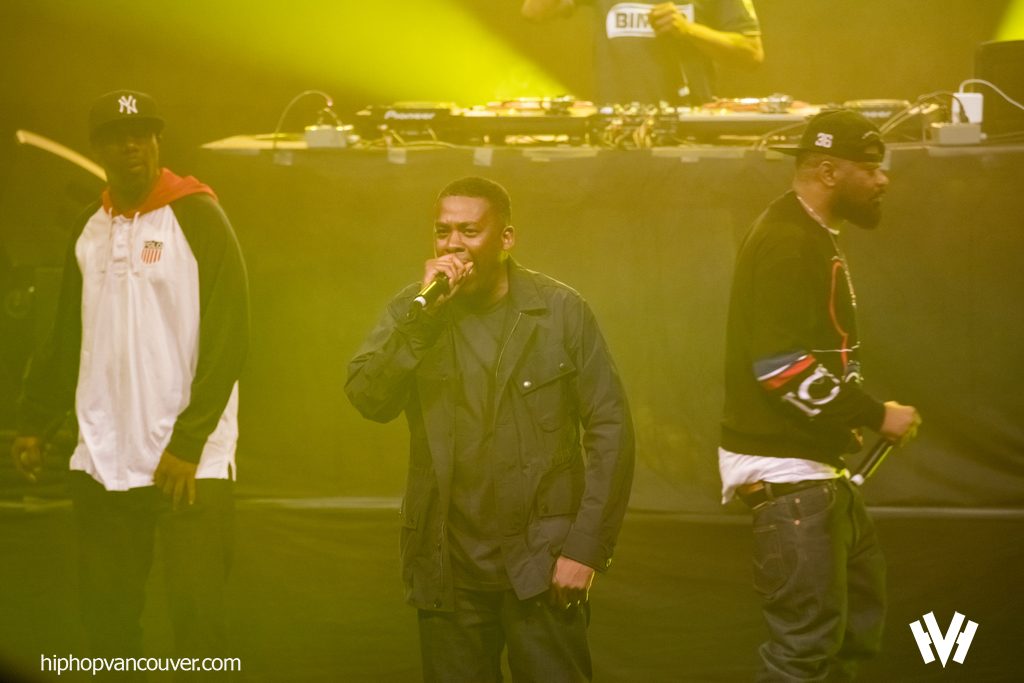 The other unfortunate similarity between the 2014 and 2019 Wu-Tang performances in Vancouver was the sound (or lack there of) for the Clan’s set. The bass for the instrumentals seemed to be hollow and low and the mics on this night seemed to be very off kilter, which affected the overall performance and was a piece of critical feedback from those in attendance. Before I come off sounding too critical, I want to empathize just how incredibly challenging of a job it must be to engineer the sound for a Wu-Tang show. No matter how seasoned of a sound engineer you are, one is going to run into problems of some sort when you are trying to properly manage the microphones for 9 rappers on stage at the same time. 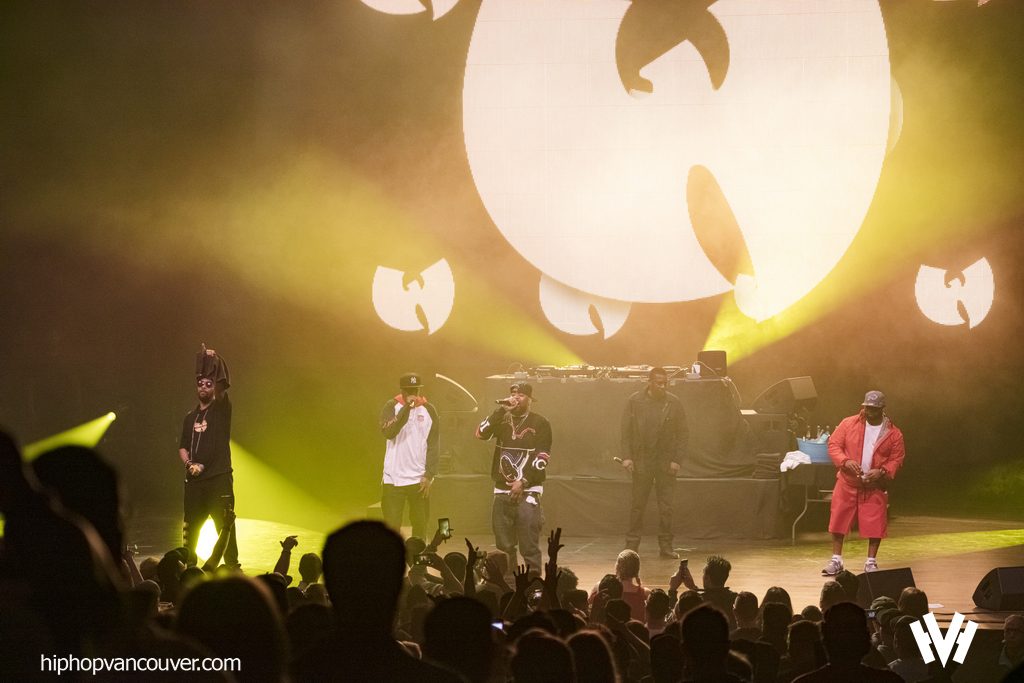 A highlight of the evening was when Raekwon announced that they would be performing their classic debut album 36 Chambers in its entirety from front to back. The album which is now 26 years old, has managed to stand the test of time and still has the same powerful impact in today’s era of music that it had back in 1993. The RZA produced, martial arts influenced album was delivered with authority while all 9 members took turns dishing out their verses on classic joints such as “Bring Da Ruckus “, “Protect Ya Neck”, “Da Mystery of Chessboxin’”, “Clan In Da Front”, “C.R.E.A.M.”, “Can It Be All So Simple Then”, “Tearz” and more. However an awkward moment arouse when the album arrived on track #9, which fans know to be the song “Method Man”. The energy in the room was noticeable absent during this song, and at one point Masta Killa addressed this by saying to the crowd, “If anyone has ever been to a Method Man show, you know Meth is all about that high energy. I’m not gonna lie, right now the energy is far too low.. we gotta fix that!”. Not surprising really that the crowd wasn’t all that excited to be singing along the chorus to a song that is noticeably pointing out the absence of a person many people in attendance were hoping to be seeing live on this night. However being the polite Canadians that we are, the crowd managed to eventually forgive the situation and began chanting along with the hook, M-E-T-H-O-D MAN, hoping to make up for the loss of energy and spirit that Method Man adds to any Wu-Tang show. 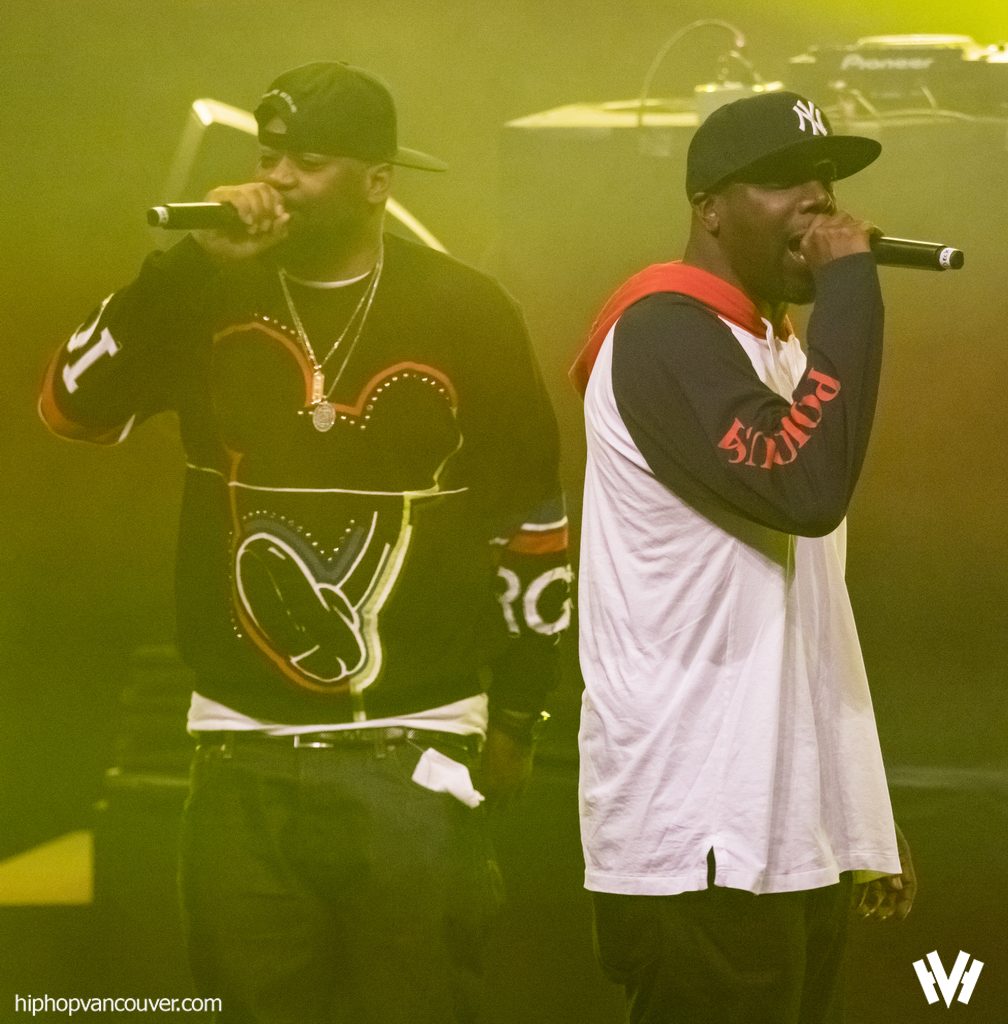 Once 36 Chambers had been delivered front to bake, the clan made sure to satisfy the audience with such fan favourite Wu-Tang songs as “Wu-Tang Forever”, “Triumph”, and “Gravel Pit”. Then each member took turns rapping their own classic solo joints such as Raekwon’s “Ice Cream”, Cappadonna’s “Run” and GZA’s ”4th Chamber” feat. Ghostface Killah and Rza, which had the crowd at Queen E jumping. 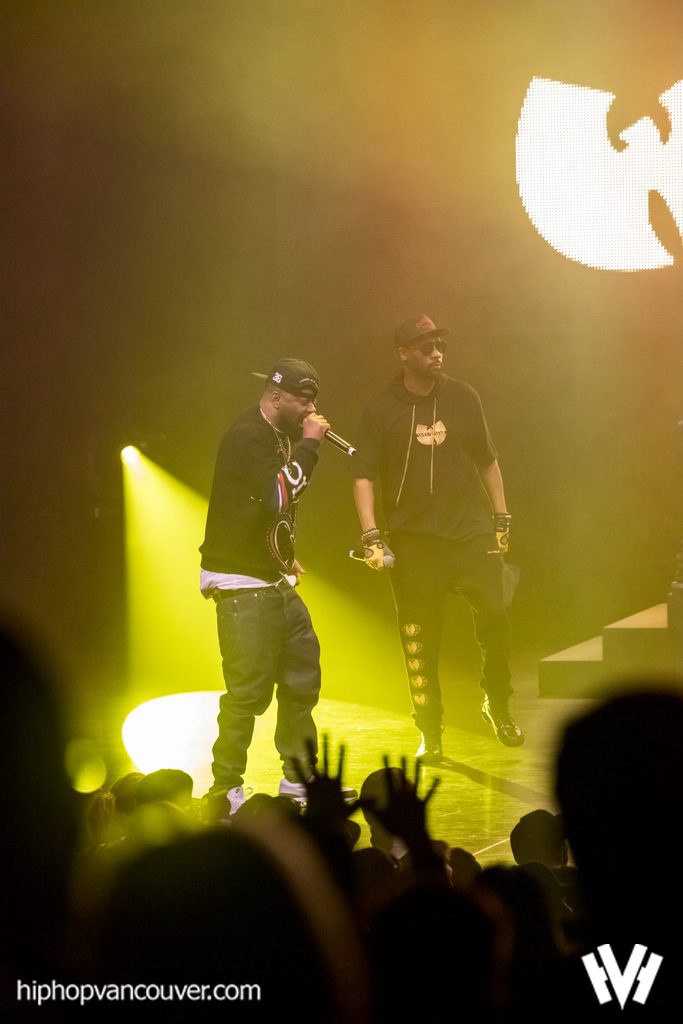 Other unique highlights included YDB covering his late father’s classic tracks “Shimmy Shimmy Ya”, “Baby C’Mon”, and “Got Your Money” with a similar frantic, unbridled energy that ODB was famously known for. DJ Mathematics also had the crowd cheering when it was his turn to smash through a scratch routine which included several body tricks, and even had him taking his shoes off and scratching on the decks with his feet, which was extra funky!

All in all, a Wu-Tang Clan show is always a good time and something not to be missed. Every member on that stage is included in Hip Hop royalty and their legacies are cemented in time. It’s incredible to think that they have been in the game for 26+ years and they continue to contribute to the culture in special and distinctive ways. As RZA once put it, “How can Hip Hop be dead if Wu-Tang is forever?”

Special thanks to Coastal Jazz for having us out. Next up.. The Roots at Queen Elizabeth Theatre, Friday, June 28th. For tickets, visit: https://www.coastaljazz.ca/event/the-roots/